Some months back, the blogosphere was atwitter with the news that the University of Wisconsin-Green Bay saved a bundle on ink by changing the default font in their email system. It’s a very clever idea and certainly worthy of all of the attention it has received. But it raises a bigger question: why on earth are people printing so much email?

Ten years ago, I heard stories of (and even witnessed a case or two) of aging execs who would have their assistants print their email. The execs would write their replies in longhand, their assistants would type and send them. As a teenager, your correspondant wondered why anyone would subject themselves to such a Rube Goldberg means of communication. 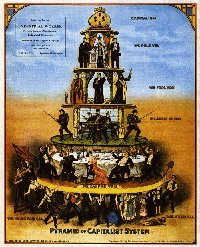 Did they have carpal tunnel syndrome? Did they suffer from eyestrain exacerbated by the crummy CRT monitors of the day? Or were they holdouts from the generation that regarded typing as a skill learnt by people far lower on the office pyramid?

Nowadays, of course, ergonomics are better, so fewer people needlessly suffer from typing injuries or eyestrain. The generations that regarded typing as a drudgery for the Beta caste have mostly retired. The CBS news story on the UW change indicated that “it will save money on ink when students (emphasis mine) print e-mails in the new font,” so that generation wasn’t even the issue. (I should note that a casual observer of universities might greatly overestimate student printing: non-student printing is generally a much bigger expense.)

Do students need paper copies of email for archival purposes? Are their quotas to small to keep everything online? Do they tend to edit drafts of papers in the email system and print them for hand-correction? If you know why users are printing email, it is much easier to help find alternatives to printing. Perhaps quotas could be increased. Perhaps students could be encouraged to try Word’s Track Changes feature.

(The only emails your correspondent has printed lately have been tickets. Perhaps I’m an odd exception.)

The moral of the story is tracking what your organization prints is as important as tracking how much it prints. Virebo lets administrators visually survey the content of printing on a whole-organization, departmental, or even per-user basis. You can see a demo at our demo site.